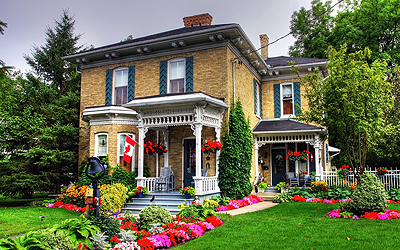 In the early 1800s the Upper Mississippi Lead Mine District was established, which paved the way for the industry that gave birth to Galena. In 1826, Galena (a technical term for sulfide of lead) was organized as a town. It soon grew because prospectors received grants to occupy and mine lead on lots in the area.

By the 1850s Galena was the busiest port between St. Paul and St. Louis. In 1845 Galena shipped a record 54,494,850 pounds of lead. Galena's political history includes Abraham Lincoln and Stephen A. Douglas who both spoke from the balcony of the DeSoto House Hotel.

Ulysses S. Grant came to Galena in 1860. Grant (who later became a general and then the 18th president of the United States) soon left for the Civil War. The home he occupied on High Street still stands today.

After the Civil War, a group of citizens presented Grant and his family a fine, fully furnished home on Bouthillier Street as a token of gratitude. The Grant Home is now a state historic site open to the public. 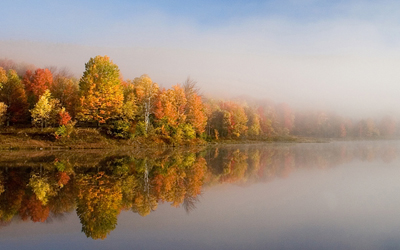 Galena features numerous art galleries and studios. The Galena Arts Festival is held annually. The most magical night of the year is the Night of Luminaria in December. The Chamber of Commerce sponsors an annual Halloween Parade through downtown. Other points of interest include Galena's historic Turner Hall, the Sinsinawa Mound Theater in nearby Sinsinawa, WI.

Galena is also a golfer's paradise. The Galena Golf Club features 18 holes. You'll find scenic trail rides and equestrian events at the Shenandoah Riding Center. It offers 40 miles of groomed trails that run through the most scenic part of Jo Daviess County. he edge of the Mississippi River.

Galena and Jo Daviess County, speaks to visitor and resident alike as it delights them with its many pleasures. Stop by and let us show you some of the many homes, businesses, farms and other properties we have to offer.